CoolSlimming vs. Liposuction in Delhi

Every Laser Hair Removal treatment is done under supervision of a Dermatologist. Consult our Dermatologist now 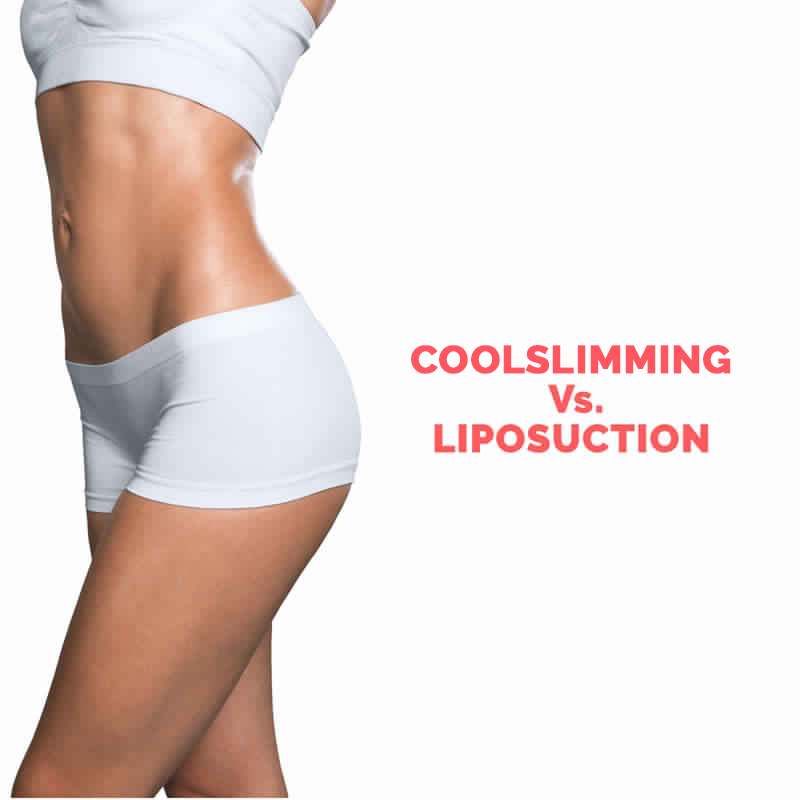 With so many options out there for fat reduction, it can be difficult to figure which procedure may be best for you. In order to get you in the right direction, while optimizing your budget and time, let's start by considering 2 most popular ways of fat reduction and body contouring procedures i.e., CoolSlimming and Liposuction. You will also learn about the point of differences in the 2 procedures and which is Right for You.

Liposuction and CoolSlimming are two very dissimilar medical procedures that are created to reduce stubborn fatty deposits which are resistant to other fat and weight reduction alternatives. So with both procedures producing somewhat the same wanted result in the end, how are you to analyze which is best for you or decide which one to opt? Let us break down the differences between the two so that you can make your best decision.

Liposuction versus CoolSlimming: Which is Right for You?

Procedure and how it works

Liposuction is a surgical procedure that involves slitting, stitching, and sedating. It is performed using general anesthesia or local anesthesia (such as lidocaine). The type of anesthesia you will be administered would depend on the area and the amount of fat that needs to be removed. Usually, the more areas to be treated, the more general full anesthesia you will need. The doctor makes incisions to perform liposuction using a suction tool called a -cannula to empty out fat out of a particular area of your body. The incisions made are small, less than 1/4th inch, so there is not much scarring.

As opposed to liposuction, CoolSlimming is a non-surgical procedure, non-invasive procedure that doesn't require cutting or even anesthesia at all. The CoolSlimming mechanism involves a ONE-TIME-USE gel pad that is put over the treatment area. By placing a cooling head over the gel pad the suction is activated. The CoolSlimming system pulls the fatty area into the cooling head, thereby, freezing the fat. After an hour or two, for a non-suction treatment type, the head is removed and the frozen area is massaged.

Liposuction is much riskier than CoolSlimming since it is a surgical procedure. Side effects may include:

CoolSlimming comes with no surgical risks because it is a nonsurgical procedure. However, the procedure does have some side effects but not severe to consider. These include:


Who makes a Good Candidate

Someone physically and psychologically healthy and fit with uneven contours due to fat pockets that are diet and exercise resistant will make for a good LIPO candidate. People with blood clotting disorders and pregnant women should avoid liposuction.

CoolSlimming is safe for most people and someone close to their ideal body weight who has small areas of mulish fat deposits like belly fat, lower belly bulge, love handles, arms or back fat that won't respond to diet and exercise. However, those who have cold agglutinin disease or paroxysmal cold hemoglobulinuria should refrain from CoolSlimming because it could cause serious complications.

Liposuction is not for obesity, cellulite or loose skin nor will it take place or is an alternate of proper exercise and diet. While CoolSlimming, will not improve stretch marks.

Swelling and bruising after surgery at treatment site. Recovery time depends on the extent of your surgery.

No downtime! The treated area may feel sensitive and numb to touch after procedure that lasts for a few weeks – swelling and bruising are common. Patients can do light exercise after a few days.

The results of liposuction and CoolSlimming are very similar. Both procedures result in permanently removal of stubborn excess fat from body parts such as the belly, chin, thighs, and arms although none is deliberated for weight loss. Both are comparably effective when it comes to removing fat.

The amount of fat that can safely be removed by liposuction is less than 5 liters. Results will last as long as you keep up to a healthy lifestyle. It may take some months till the swelling subsides for evident outcome.

CoolSlimming can freeze and remove up to 25 % of the fat cells in any given area of a patient's body. CoolSculpt results in Exceptional improvement in body shape and contour with Noticeable, natural outcomes of fat reduction in just 6 to 8 weeks.

Can I go for CoolSlimming/Cryolipolysis instead of Liposuction

Not everyone is an ideal candidate for every procedure, so if you have a small fatty “roll” in your belly, hip rolls, and thighs or back that you wish to address in a budgeted and off recovery way, CoolSlimming is best for you. Larger and multiple areas for treatment may need additional treatments. You will start to notice results within 4-5 weeks and complete results will be seen around 4 months

Liposuction being a surgical procedure is costlier than CoolSlimming. Also if you are Okay with a larger, lump sum fee for a liposuction just to get rid of unwanted fat in one go then it is fine. Otherwise, if you are looking for a completely safe, non-invasive, and more comfortable to pay in smaller amounts –i.e.: CoolSlimming treatment then it is the best option available for you.

Well! For those who have excess of loose hefty skin, may actually need a Lipoabdominoplasty (tummy tucks).